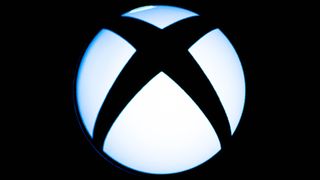 Spencer took to Twitter to reveal that he's already got the new Xbox at home and that it's already become his "primary console". What's more interesting is that Spencer is able to play games on the next generation hardware, connect an Elite Series 2 controller and "connect to the community".

And it’s started….this week I brought my Project Scarlett console home and it's become my primary console, playing my games, connecting to the community and yes, using my Elite Series 2 controller, having a blast. Great work by the team, 2020 is going to be an incredible year.December 4, 2019

While it's no surprise that the new Xbox is in a playable state, what is perhaps surprising is that – still a year out from launch – it's already become a fixture in Spencer's living room and he can use a fair amount of features.

Whether the hardware Spencer has is actually what we'll see next year is unlikely, as development will see a multitude of tweaks to design and performance. It's also improbable that Spencer has a fully fledged version of Xbox Scarlett in his home – one that is fully playable – for all we know it could be the skeleton of a machine.

Regardless, it's good news that the console seems to be further along in development than we expected.

However, it's interesting that he referred specifically to Project Scarlett, as rumors have circulated for some time about a lower-cost next-gen Xbox console that would sit just below Project Scarlett.

Thanks to Kotaku’s Jason Shreier, we know that there is indeed a lower-specced console in the works from Microsoft that will still play all the next-gen games.

Project Lockhart will be disc-less console – a trait that it will carry forward from the Xbox One S All-Digital Edition – but Kotaku's sources believe it will be substantially more powerful than Microsoft’s current disc-less box, and will come with both a solid-state hard drive and a faster CPU than any current game console.

It seems Microsoft doesn't want to lift the lid on this disc-less console quite yet. But we're hoping that, with the new Xbox already being tested by the company's head, it won't be long until we get a closer look at Project Scarlett – without having to peek in Spencer's living room window.