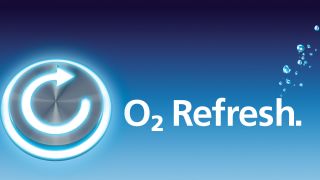 O2 has decided to separate the talktime and phone costs in its new handset plan, designed to give users more flexibility.

In reality, the bubbly network is now offering SIM Only deals and the chance to pay for the phone over the course of the contract.

This isn't that different to how things work with the network now – consumers will still pay £37 a month for the HTC One with unlimited texts, calls and 1GB of data – but allows them to end the phone part of the contract earlier by just paying the balance of the phone, rather than having to fork out for the unused minutes as well. Of course you'll still be tied into the two year airtime contract.

One and one, on and on

So the same HTC One plan would cost £17 per month on a two year deal for the talktime and data, and on top of that the user would spend £20 per month paying for the phone (with a £49.99 upfront cost).

And when the iPhone 5S comes rolling out, you can pay off the balance you've got left to buy the phone from the network and upgrade whenever you like. O2 is claiming that the One would normally cost £600 to buy outright, and on this deal you'll only shell out £529.99 over the two years to own a fancy new handset.

Although don't forget, you won't get a charger...

If you're literally salivating at the thought of such a price plan, don't rush out the door just yet. Mop up that flob on the desk and wait until April 16 – you'll be able to get O2 Refresh nationwide then.