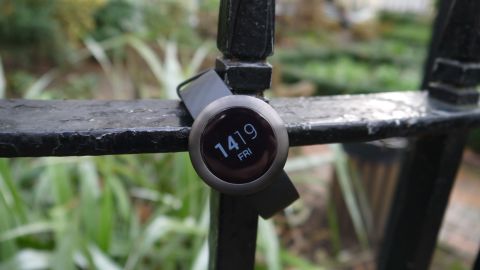 The Honor Band Z1 is a strong attempt at a wearable from the young Chinese company, but it's not the best you can buy right now.

Ask the average person on the street to name a fitness tracker and they'll probably say "Fitbit". The brand has become synonymous with the form factor, much like MP3 players became known as iPods to the general public. But Fitbit isn't your only option.

The Honor Band Z1 is a useful reminder that Fitbit isn't the only manufacturer catering for those who just want a simple fitness tracker. A number of companies are vying for that space on your wrist.

But the Honor Band Z1 has the bonus of looking like a watch, without you having to fork out the extra money for a smartwatch.

In a market full of smartwatches, however, it's difficult to stand out – and almost every new smartphone is just as capable of tracking your steps and doing the other things a fitness tracker does. So does the Honor Band Z1 offer anything that the competition doesn't?

The Honor Band Z1 has a circular 1.06-inch display. It gives you all the information you need from a fitness tracker in a compact design, as opposed to the chunkier build of smartwatches such as the Moto 360.

There's a large bezel around the screen, though, and that means the display can feel a bit cramped – the Honor has a lot of information to fit in, and would benefit from a little more real estate.

Tapping once on the display brings up the essential information: time, phone connection and battery level. Or at least it should – I often found myself showing the device off to friends and tapping the display to wake it, only for nothing to happen.

That this should happen at all is irritating, but for it to happen regularly is downright annoying, and it's not the only example of the Honor Band Z1 being temperamental – flicking your wrist to read the time should wake the display as well, but again this didn't work every time.

And if such key features aren't reliable, then I'm going to get frustrated and stop using it.

The screen is backlit, so you can lean over and use the Band Z1 like a clock in the middle of the night; however there were occasions when the device was on charge at night and the display lit up for no apparent reason.

If you're tossing and turning in bed, trying to get to sleep, and you twig that little flicker of brightness out of the corner of your eye it can be irritating – again – to find no notifications waiting on the tracker.

The Honor Band Z1 is refreshingly comfortable to wear. I enjoyed having it on my wrist, and at no point did I experience any irritation from the strap. I find myself taking most fitness trackers off at some point in the day because they hinder typing at my desk, but this rarely happened with the Z1.

The strap is made of a softer material than some other wearables, and it means that when you're exercising it doesn't get too sweaty – your wrist feels clean at the end of a workout.

The watch face itself comes in at 38 x 9.5mm and weighs 25g, so it's very light on your wrist, unlike a smartwatch. I often forgot I was wearing a fitness tracker at all – and that's a really appealing feature with these devices.

I personally prefer the look of the Honor Band Z1 to the traditional Fitbit-like shape. It could easily be mistaken for a watch, and most of the time I found myself using it like a watch, with the added benefit of being able to keep an eye on my steps and other info.

The Band Z1 is also IP68-rated waterproof, so you can head out for a walk or run in the rain without any worries.

It's not sufficiently rated for swimming, but it does mean you can roll out of bed bleary-eyed and jump right in the shower without having to remember to take it off.

Next Page Interface, specs and performance