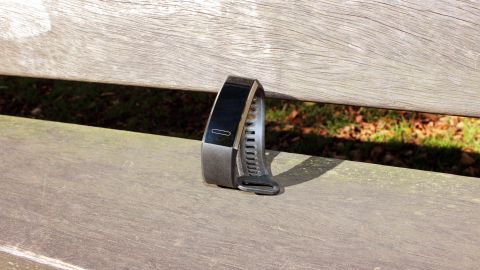 The Huawei Band 2 Pro looked like it was going to be one of the most capable wearables for its size. For its diminutive size and low price it has great battery life and impressive GPS tracking, but lacks the slick interface of some of its competitors and proved to be a little underwhelming when used in anger.

The Huawei Band 2 Pro provides a simple fitness tracking experience. It may not have the feature set as some of its rivals, but its affordable price point makes it an attractive option for fitness novices.

The Huawei Band 2 Pro is the successor to a wearable that saw limited release outside of the US under the name Honor Band Z1.

Compared to that watch’s circular design, the Band 2 Pro looks more akin to the competition it aims to take on, the Fitbit Charge 2 and Fitbit Alta HR. While it's been surpassed by the Huawei Band 3 Pro, the Band 2 Pro is still an admirable fitness tracker that could see discounts - especially ahead of Amazon Prime Day, which is coming on July 15.

This waterproof wearable comes with built-in GPS, a limited touch interface for simple navigation on-the-go and rocks a style that blends in with your running gear and office dress code alike.

At $69 (£79), it’s an interesting proposition, it’s not the cheapest fitness tracker on the market, but for its price bracket, it boasts a lot of features, albeit in a slightly less-than-perfect form.

The great thing is you’ll be able to monitor your heart rate, your VO2 max (the blood oxygen levels) and use GPS to track your run, but don’t expect the readings to be as accurate as they would be on a more expensive run tracker like the Suunto Spartan Trainer HR.

If this is just too much activity band for you, Huawei is also releasing the Huawei Band 2, a more stripped-back version of the Pro that won’t feature built-in GPS, the ability to monitor oxygen levels in your blood, smart coaching or sleep tracking. That's difficult to find though, so we'd mostly recommend focusing on the Band 2 Pro.

If you live in either the US or UK you can buy the Huawei Band 2 Pro for $69.99 or £79.99, but you may be able to get it at a slightly lower price if you shop around. That's for all the strap varieties including black, blue or red. In the UK we've seen it regularly at £50 and below $50 in the US.

We don't know when it'll be coming to Australia or if it'll ever launch there. The Huawei Band 2 Pro was released at the start of September 2017 in multiple markets, and we've already seen it be a big winner for seasonal discounts.

The Huawei Band 2 Pro doesn’t attempt to reinvent the wearable with its design, though it’s quite the departure from its original’s more traditional timepiece style.

Instead of a circular face, the design has been streamlined to match the aesthetic of many popular wearables, like the Fitbit Charge 2 and Fitbit Alta HR.

Wrapping around your wrist with soft silicon bands that latch together using two plastic pegs, the brains of Huawei’s Band 2 Pro fit rather comfortably, clad in a combo of plastic, brushed stainless steel detailing and what appears to be curved glass on its front.

The latch does mean that there’s no metal or sharp clasps that can stick into you or rust over time in contact with sweat.

The only problem we had with it is that if the strap brushes against your top while you’re running it can pop open, meaning you either have to stop running to replace it or do the same on the run, neither of which being ideal.

The touch interface on the Band 2 Pro's PMOLED display orients in portrait mode, making it easier to read than we’ve seen on the horizontally-oriented Microsoft Band 2.

The screen is slender, meaning that when you’re fed more complex information on-screen during a run like your current heart rate and which heart rate zone you’re in, it can be difficult to see exactly what it’s saying, especially when on the move.

To cycle between the different activity tracking functions of the wearable, you can either tap on the ‘button’ (really a touch responsive section of the screen with a faux button) at the bottom of the display or flick your wrist.

This gestural control also allows you to turn on the Band 2 Pro by raising your wrist and turning it towards you.

The interface is rather basic, which is fine, but if you don’t like the layout of the display, there isn’t a great deal you can do about it. In the app there’s the option to change the order that items appear in the menu, meaning if you want to see heart rate before steps you can, but there are no options for the standard watch face.

On the underside of the unit, Huawei has implemented a heart rate sensor, an always-appreciated hardware feature. The sensor protrudes from the unit, meaning you shouldn’t have to have the strap too tight in order for reading to be taken.

Next Page Performance, fitness and battery