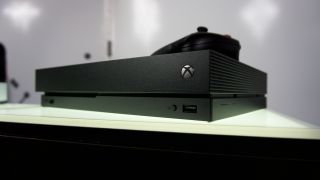 Update: In the article below, we pointed out that the new app doesn't support HDR, but a representative from Team Xbox contacted us let us know that "HDR support is coming soon."

In addition, the spokesperson said that "The team is working to bring 4K YouTube and HDR support to Xbox One S" in addition to the Xbox One X. No timeline was given, but we were told Microsoft would "have more to share soon."

We'll keep you posted as updates on the situation become available.

The ability to play media in 4K is one of the big selling points of both the Xbox One X and Xbox One S, but until now, you haven't been able to take advantage of that feature with YouTube on the devices without resorting to third-party apps like myTube.

That changes today with the launch of a new, separate YouTube app for both consoles that lets you watch YouTube videos in both glorious 4K resolution and at 60 frames per second. Curiously, though, the app doesn't let you watch videos in HDR. You win some, you lose some.

It's an entirely different app from the standard one for some reason, but other than that, it appears to function entirely the same. The app hasn't shown up on the actual Xbox store yet, but you can download it through the Windows Store through the link above.

Google seems to be giving the Xbox units special attention lately, as it recently launched the new YouTube TV apps for the devices as well.