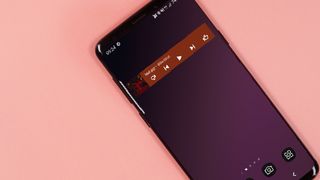 YouTube Music now has a widget for your homescreen, allowing you to skip forwards and back through a playlist, play and pause the music, and give the current track a thumbs up or down.

In fact, the new widget looks identical to Google Play Music. If you were hoping to see the current video playing on your home screen, there's bad news; you only get a tiny still image, missing out on the app's main feature.

It's a shame that the widget is so lackluster, and that there's only one design available (compared to three for Google Play Music). Hopefully more options will arrive over the coming months as YouTube Music becomes more established as the default player for Android.

How to activate the widget

To get the YouTube Music widget, start by making sure you have the latest version of the app by visiting its page in the Google Play Store and checking for an 'Update' button (As XDA Developers notes, you'll need version 3.39 or higher).

Once you've got the latest release, return to your phone's home screen, press and hold in any empty space, select 'Widgets' and scroll through until you find the option for YouTube Music. Then just drag the widget into place on your home screen. You can press and hold the widget to move or delete it.