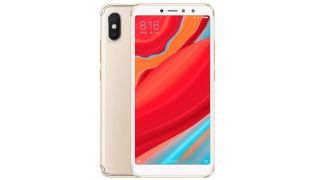 Chinese smartphone maker Xiaomi today launched the Redmi Y2, the company’s selfie centric device at an event in China. The device is the successor of the Redmi Y1 and was earlier launched in China as the Redmi S2. The company also announced the launch of MIUI 10 in India at the event.

The Xiaomi Redmi Y2 is part of the company’s camera centric range and features a 16MP selfie camera and a dual camera setup at the back. It has AI portrait selfie support, allowing users to click portrait selfies using the front camera. At the event, Xiaomi has also highlighted features such as an 18:9 display, a dedicated microSD card slot and face unlock support.

The Xiaomi Redmi Y2 runs on Android 8.1 Oreo with the company’s custom MIUI 9.5 skinned on top. At the event, the company also announced the MIUI 10, the latest version of MIUI and the Redmi Y2 is expected to get the MIUI 10 update by the end of this month. It features a 5.99-inch HD+ 2.5D curved glass display with a resolution of 1440 x 720 pixels and an aspect ratio of 18:9.

In terms of performance, the device is powered by an octa core Qualcomm Snapdragon 625 SoC coupled with Adreno 509 GPU. It has been launched in two variants – 3GB RAM + 32GB storage and 4GB RAM + 64GB internal storage. It offers a dedicated microSD card slot, allowing users to use a microSD card slot while using two SIM cards.

Coming to the camera department, the Xiaomi Redmi Y2 features a dual camera setup which is similar to the Redmi Note 5 Pro. The dual camera setup consists of a 12MP primary camera with 1.25μm pixel size, phase detection autofocus, f/2.2 aperture and a secondary 5MP camera. On the front, the device sports a 16MP selfie camera with f/2.0 aperture, AI portrait mode, AI beauty mode and an LED flash.

The Xiaomi Redmi Y2 is powered by a 3,080mAh battery and connectivity options on the device include 4G VoLTE, Wi-Fi 802.11 a/b/g/n, Bluetooth 4.2, 3.5mm audio jack, FM Radio and GPS. It features a fingerprint sensor at the back and has face unlock support.

The Xiaomi Redmi Y2 has been priced at Rs. 9,999 for the 3GB RAM variant and Rs. 12,999 for the 4GB RAM variant. It will be available in India in Elegant Gold, Rose Gold and Dark Grey color options exclusively from Amazon India and mi.com from June 12. The company will also sell the device at Mi Home stores as well.

Xiaomi has announced that ICICI bank credit card and debit card users will get an instant discount of Rs. 500 on 12 June. Additionally, Airtel 4G users can claim up to 240GB 4G data and Rs. 1,800 cashback.