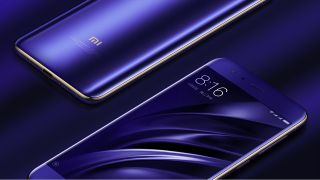 Xiaomi Mi6 was launched back in April and while it is quite difficult to get your hands on one of them, the phone made waves in China. Xiaomi’s high-end Mi lineup differentiates itself from the budget Redmi phones since its first Mi phone. Although the company started its journey with the Mi 3 in India, but it has been a constant focus (except for Mi 6) for them after the first phone was out.

The Mi lineup will be succeeded with this year’s Mi 7 flagship, which is expected to feature top-of-the-line hardware for an under $500 price.

We have started hearing rumors about the Mi 7 and what it is going to bring to the table.

Xiaomi has not officially announced a release date for the Mi 7, but the company has scheduled an exhibit at MWC 2018. This signals at a probable showcase of the flagship next month.

While Xiaomi hasn’t given us a release date for the Mi 7, they are listed as one of the presenters during the upcoming Mobile World Congress that begins from 26 February.

We can expect the Mi 7 to make an appearance there or Xiaomi might just host a dedicated launch event as they have been doing in the past.

Xiaomi is always among the first OEMs to introduce Qualcomm’s latest hardware in its phones. Continuing the same spree, the upcoming Mi 7 is supposed be the first phone to feature a Snapdragon 845 SoC. Xiaomi CEO Lei Jun confirmed the news at Qualcomm’s annual tech conference in Hawaii in December 2017. Moreover, we expect it to launch in both 6GB and 8GB RAM variants to amp up the performance even more.

With the Snapdragon 845, Qualcomm is claiming to improve about 10-20% of performance boost in the Kryo 385 CPU. Also, the upcoming SoC will be focusing heavily on AI for the accompanied Hexagon digital signal processor.

As per the recently spotted render on Weibo by naijatechguide, the Mi 7 will have a horizontal dual camera setup on the back. It shows a glass metal sandwich design where there’s a circular fingerprint sensor on the back. Going by the trend, we can also expect the glass back being used to bake wireless charging tech.

While there is no sign of display size and resolution on Mi 7, it is quite evident that the originators of the 18:9 bezelless display will fit it in their next phone.

In fact, a leaked image by CNMO also depicts Mi Mix 2 like front, but bigger and upside down. So we can expect Xiaomi to replace the front camera by shifting the bottom notch to the top.

With phones like iPhone X followed by OnePlus 5T, Huawei View 10 making use of facial recognition, Mi 7 could incorporate the same. Shifting the notch to the top is a subtle hint at the same.

Will Mi 7 make it to India?

In India, Mi phones have always managed to undercut the rivals but things changed after the Mi 5 launch. Xiaomi decided to launch the 3GB RAM variant of Mi 5 at Rs 24,999, which was then dominated by the OnePlus 3T. Xiaomi hence decided to skip the well-received Mi 6 in India and launched the Mix 2 instead last year.

Since the phone is still not official, it would be too early to predict its India launch. MWC kicks off from 26 February, so we might get some clues from Xiaomi’s scheduled event.