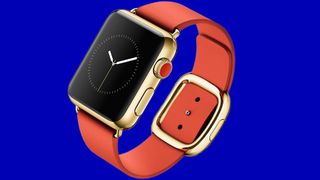 It turns out not many people want to buy a $10,000 plus version of the Apple Watch.

According Bloomberg's new profile of Apple's Jeff Williams - one of the major driving forces behind the Apple Watch from 2013 until now - the company only sold a number in the "low tens of thousands" of its most expensive Apple Watch Edition line.

The report also says the company saw the vast majority of its sales within the first two weeks of launch, which suggest most of the fans who were looking forward to a top-end luxury device bought one right away at launch.

An Apple Watch will only last for a certain number of years because software updates don't come to all versions of device. In fact, if you bought an original Apple Watch Edition it is now stuck on watchOS 4 software and won't be upgraded to watchOS 5, or watchOS 6 later this year.

Since the luxury Edition of the watch, the company has refocused its Apple Watch line on health and fitness. The report claims that Williams is one of the big reasons that has been possible.

It's also said that before the announcement of the original Apple Watch the company found that its prototype devices employees were using regularly were causing an allergic reaction to a specific type of nickle.

Before launch, the company decided to include a new type of nickle to avoid the problem on a much larger scale.

Another early version of the watch had an issue where the taptic engine - that's the part of the watch that allows it to vibrate quietly when you're getting notifications - was corroding after long-term use.

The company managed to fix this issue before launch, and all the existing models with the corrosion issue went directly to employees.