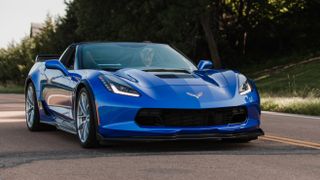 We might need to get used to pervasive video recordings of cars. If you live in the UK, you already know how this works from a surveillance standpoint, and in Russia people record constantly with dashcams.

Yet, in the near future, cars everywhere will record every commute and every family vacation and store the footage in the cloud; cities will record every traffic incident and use the video evidence for more than just handing out traffic tickets. Cameras will be mounted along the road as they are now, but also inside the car pointed in all directions, including one that records whether you were actually paying attention. How nice.

The reason is that over the next 20-30 years, cars will start driving on their own, sometimes without anyone in the vehicle. You might decide to send that 2035 Audi A3 to pick up the kids across town, and someone will want to know whether it actually does the job correctly (by 'someone' I mean the insurance company). We’ll need constant video recordings.

Fortunately, there’s a taste of how that might work in the 2019 Chevy Corvette GS I tested recently. It isn't cloud-based, and the 'performance data recorder' has been around a while. Yet, I used the video recorder for an entire week, capturing mundane trips to my local grocery store, curvy roads where the suspension had to work overtime, and of course the typical burn-out to see how quickly this Corvette can launch itself up to an acceptable posted speed.

Ready for your close-up?

Before using the video recorder, I had to insert an SD card in a slot tucked away in the glove box. The interface for the recorder is simple and intuitive. You press one button to start recording. You can use an overlay on your recording that shows stats like your speed, RPM, and G-force; a more limited overlay that shows speed and not much else, or select an option not to use an overlay at all.

The recording quality isn't fantastic, but it’s cool to see the finished product. There were times when I anticipated a curvy road or an opportunity to speed up to a new posted speed (say, going from only 30mph up to 60mph) and hit 'Record'.

At my computer, I pulled up the videos and started posting a few on Facebook. I could see someone could spend a day at the track comparing the results from the video recorder. However, I kept thinking of how this technology could expand.

One idea is to automate the recordings. When the conditions are perfect for a quick start at a stop sign to highway speeds, the data recorder could start recording no matter what. (This is similar to what some dashcams can do today.)

I like how the camera is mounted in the front grill of the Corvette and all settings are in the main center console display, though. Of course, the videos should be saved to the cloud, but in the future I’d even like to see some AI that analyzes your best time and posts the video to your social media feeds.

Beyond that, video recorders in the front, sides, and back of the vehicle could help you monitor and record your surroundings at all times. That’s good peace of mind for a car that costs $65,900 (about £54,500, AU$97,300), especially if you can record an incident and use the results for an insurance claim.

I like the entertainment aspects, and I’m leery of the 'overlord' scenario where cities know what we’re doing at all times, but I can also see the advantage of video proof triggered automatically without much intervention from the driver. When there is no driver, it will be required.