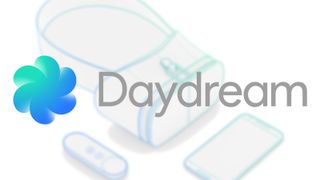 Google Daydream may be out sooner than we thought - the company is reportedly launching the upcoming virtual reality platform in a matter of weeks.

While Google has yet to announce a release date for its own headset and controller, the platform it's created as a standard for other developers has been in the works for a while, Bloomberg reports.

On track for a fall release, Google Daydream is also putting together a suite of original content to showcase the VR platform's capabilities - ranging from 360-degree YouTube videos to partnerships with major game companies and sports leagues.

Android phones will also receive a software update this coming Monday that adds Daydream support, though only a small number of devices, like the ZTE Axon 7, have the technical prowess to fully optimize Daydream at this time.

The VR market is far from barren - with top shelf gaming headsets like the Oculus Rift and HTC Vive to smartphone-powered equivalents like Gear VR and Google's own Cardboard - but Daydream hopes to fill a niche by offering low-latency, high-quality virtual reality on mobile devices.

Will Daydream be 'the thing' that takes VR to the mainstream? If the reports are to be believed, we may learn the answer before the holidays even begin to creep in.