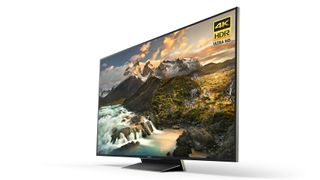 Sony didn't have its best CES this year. It chose to use the first week in January to talk shop about its new headphones, the Sony H.ear series, and show off some Bluetooth speakers. There were a few new TV sets on the showfloor, but it wasn't anything to write home about.

It turns out that was intentional. Sony was saving its major home entertainment announcement, the Z Series, for the middle of the year.

Announced to the world this afternoon, the Z Series – we've transcended the X series, finally – sports a new X1TM Extreme processor and Backlight Master Drive tech to give the series a shimmering 4K UHD gleam with a touch of High Dynamic Range (HDR).

Unlike other LCD panels, however, Sony's series will have a new backlight algorithm that will allow it to turn on and off specific pixel clusters, similar to OLED but without the expensive manufacturing process. This, in theory, should give the 2016 models a richer black and better contrast than any LCD sets we've seen previously.

Similar to the X Series, Sony's Z Series will run Android TV and, because Sony appears to hate outside validation, once again forgo labeling its set with the UHD Premium certificate.

The 65- and 75-inch models go on pre-sale today with a late-summer launch date, but no word yet on the 100-inch, XBR100Z9D's shipping date or details.