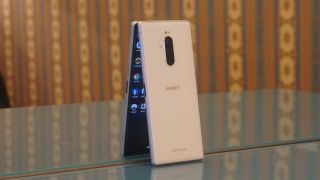 Right now smartphone makers are hustling to get Android 10 on their high-profile handsets, and we have a good idea of which Sony phones are in line for the upgrade – but there are some key omissions.

Sony had promised two years of software updates for its premium devices so we’d expected the XZ1 range to just about make the cut for Android 10, but it looks like they might have missed out.

The lack of the Xperia 10 and Xperia 10 Plus in this list is less concerning though: NTT DoCoMo doesn’t appear to stock those phones, so wouldn’t be updating them, and we’d fully expect them to get the Android 10 update.

What this list doesn’t tell us is when these various handsets will be getting Android 10, but Sumahoinfo (a Japanese site) cites a “famous leaker” as saying that the Xperia 1 and Xperia 5 will start getting Android 10 in November – so if you have one of those, you shouldn’t be waiting long.