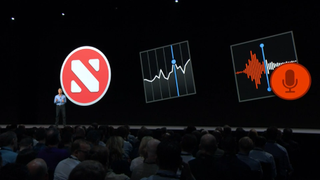 During this year’s WWDC event held by Apple, the company discussed porting iOS apps that run on iPads and iPhones to macOS 10.14 Mojave, and while the tools aren’t likely to be released this year, a developer has already done a bit of research into how that process will work.

Developer Steve Troughton-Smith is the app maker in question, and he’s been tweeting about the process of using Marzipan, which is the codename for porting UIKit iOS apps to AppKit (which runs on macOS).

As Troughton-Smith explains, it’s not a simple process of just pasting an app into some new code and running it on a Mac.

There are a number of challenges involved to make the apps not only run well, but also user interface considerations to take into account, with users going from a small touch screen to a larger desktop or laptop screen with mouse and keyboard controls.

The pros and cons of app migration

Troughton-Smith took to Twitter to share his findings. He noticed that resizing UIKit apps is sluggish and “gonna be a major pain point for a future iPad”. The popularity of tablet devices is waning a bit lately, but if Apple is going to stick with its iPad line, it may need to seriously boost its specs with the next generation.

Misc Marzipan thoughts: boy is resizing UIKit apps sluggish — that's gonna be a major pain point for a future iPad; UIKit table view performance on the other hand is way smoother on iOS than macOSJune 6, 2018

In fact, Troughton-Smith suggests that “Improvements to UIKit for Mac-specific [features] are very likely going to go hand-in-hand [with] improvements to iPad too… like adding multiple window support to apps, or tabbed windowing”.

The developer also noted that “UIKit table view performance on the other hand is way smoother on iOS than macOS”.

He also highlighted the new UITableViewStyleSidebar, which is designed to add a simulated Mac-style sidebar, with similar visual effects, to make ported iOS apps look and behave more like native Mac apps.

UIKit has a new 'UITableViewStyleSidebar', which is what it uses to simulate a Mac-style sidebar (with pass-through blur/vibrancy effect). With a bit of effort, you can make your Marzipan app a whole lot more Mac-like; I imagine this will be a big focus next year pic.twitter.com/9VGE8J4jyhJune 6, 2018

The process doesn’t seem to be as straightforward as Apple’s Craig Federighi claimed in an interview with Wired, who said that “for app makers, some aspects of app porting will be automated and others will require extra coding. Using Xcode, Apple’s app-making software that runs on Macs, a developer will be able to indicate they want to write a variant of their iOS app for macOS.”

However, this is still relatively early days, and as Troughton-Smith notes, there are some iOS apps should work on macOS without much work at all.

There are definitely whole categories of apps that can be ported to macOS with Marzipan and users would never know the difference. @graceapp here could almost pass for an AppKit app with a little more work, despite being entirely UIKit-based pic.twitter.com/LVhrViIhgaJune 6, 2018

For those of us who have been waiting for our favorite iOS apps to come to macOS, this is a promising start.