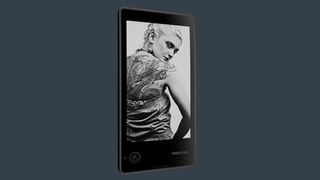 Standing out in the fiercely competitive smartphone market is becoming ever more difficult.

A specs bump just doesn't cut it anymore when phones that are two years old are still performing admirably and there's only so much bigger that the screens can get before we're forced to stop pretending we're not making calls on tablets.

The fact is it's getting boring too. Phones are becoming the same and we doubt we're alone in saying that we're itching for some innovation. But there's no need to wait because there are already some truly innovative and exciting handsets out there, they're just not the big names.

They might one day be though. The smartphone market of the future is going to be a radically different place, where innovation and value trump power and the current big hitters are going to need to adapt or die.

There's already evidence of this change. With the launch of the OnePlus One we're seeing high end hardware delivered at a fraction of the price we're used to, while brands like Yota Devices and Jolla are thinking outside the box to deliver unique experiences.

But even if the spec wars continue, Apple and Samsung will need to watch their backs, as phones like the Xiaomi Redmi Note and the Meizu MX3 are outdoing them with octo-core processors and 128GB of built in storage respectively, while current big name handsets top out at quad-core processors and 64GB of storage.

In short the old guard are in trouble and if you want to be on the front lines of the revolution the following are the companies you should be looking to.

The OnePlus One is arguably the current poster child for alternative flagships. It had very little build up and is made by a new company which isn't well known, or not yet anyway.

In that sense the odds are definitely stacked against it, but the OnePlus One has a few tricks up its sleeve. Firstly it's tremendously powerful, with a 2.5GHz quad-core Snapdragon 801 processor and 3GB of RAM theoretically giving it more muscle than even the Samsung Galaxy S5.

It's not just power that it has on its side either. The OnePlus One also runs CyanogenMod 11S, which is a more tweakable and customisable version of Android and something which no other handset currently runs.

The real reason that Samsung and Apple should fear the OnePlus One though is its price, which at just £229 (US$299, around AU$320) for the 16GB model makes it less than half the price of their flagships.

It suddenly makes it very hard to justify spending £500+ on a phone and if OnePlus can get the word out then it should have a very bright future indeed.

So far Yota Devices has only made one phone, the appropriately named YotaPhone, but that one phone is among the most innovative handsets on the market.

While every other phone is content with one screen, the YotaPhone has two. There's a standard LCD screen on the front and an e-ink display on the back.

The obvious use for that is as a combined phone and e-reader, but the YotaPhone goes beyond that, by also using the e-ink screen for notifications and reminders. It can also save whatever you were last viewing to it if your battery dies, so you'll still be able to access tickets and maps.

Vlad Martynov, CEO of Yota Devices explained to us what makes YotaPhone different: "YotaPhone is the first game changer in smartphones in a very long time. Since the Apple iPhone debut in 2007, there has been very little innovation in the smartphone industry.