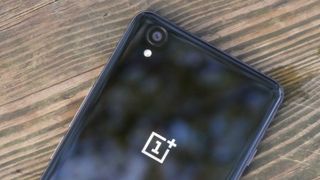 Those are the words of OnePlus co-founder Carl Pei, who we sat down with at the launch of the firm's new flagship phone, the OnePlus 3.

The Chinese startup is a brand that's still making waves. That's two years on from its debut in the market with the OnePlus One, a phone that shook up the thinking around flagship devices and gave it widespread fame in a congested market.

It hasn't always been smooth sailing though. OnePlus has been plagued by poor customer service, delivery delays and a frustrating invite system during its short existence, but it feels like it's turned a corner in 2016.

The invite system has been ditched and the firm claims it's made strides in customer support and delivery processes.

A dedicated loyal fan base eagerly anticipates every new release, filling the OnePlus forum with a mix of excitement, hyperbole and demands for future releases and more product lines.

It seems like OnePlus is now in a position where it can respond to its fan's demands and begin expanding its portfolio, but instead it's narrowing its focus from two handset lines to just the one.

The launch of the OnePlus X was met with surprise and skepticism back in November 2015, with the world expecting the OnePlus 2 Mini, but instead getting a handset which was better than that.

It sported a 5-inch full HD, Snapdragon 801 processor, 3GB of RAM and a premium glass and metal body at a svelte 6.9mm thick. Plus it had a lower price tag than the OnePlus 2.

We were expecting a follow up to it later in 2016, but the OnePlus X 2 isn't going to happen.

A spokesperson for OnePlus told TechRadar "we're very proud of the OnePlus X and really happy that so many fans love it as well," but that love, it turns out, isn't enough to keep the X line alive.

"Moving forward, OnePlus will focus on our flagship line of phones, including the OnePlus 3 that we just launched globally.

So there you have it – no more 5-inch smartphone from OnePlus, at least in the short term.

The mobile market isn't just about phones though, and manufacturers are clambering over themselves to produce a range of smartwatches, wearables and VR related products. Plenty for OnePlus to get its teeth into, right? Well…

TechRadar quizzed Pei on the firm's ambitions in the wearable market. At one stage OnePlus almost launched a smartwatch, only to ditch it at the last minute – has the thinking now changed?

"I think it's too risky," Pei told us. "If we had jumped aggressively into Android Wear we would have lost a lot of money."

"You have to trust your own judgement"

He has a point: sales of Android Wear devices have been disappointing, especially when compared to the Apple Watch, and with OnePlus still a startup at heart it needs to balance its small(ish) team in the most effective way possible.

"You have to trust your own judgement, that's something we've come to learn over the past three years." Pei explained. "You have to look objectively at the market and not be affected by pressure or excitement."

Fans can kick and scream all they like then, but OnePlus is determined to keep a level head to ensure stability. It may not be an overly exciting stance, but it is the sensible option and the one that could see OnePlus continue to exist for the foreseeable future.

It's a similar story when it comes to VR, with OnePlus happy to let companies with bigger wallets, and more expertise, lead the way while it keeps its focus on flagship smartphones.

"I think there might be a few companies that have an opportunity to define what VR looks like – we are not one of them and most of the mobile OEMs are not these companies" Pei said.

"I think it's between Oculus, Facebook, Google and maybe a wildcard – maybe Steam can take off – but for now it's still a question mark."

OnePlus has dipped its toe in the VR waters though, launching the OnePlus 2 in VR in 2015 and sending out free Google Cardboard viewers to fans.

Then for the OnePlus 3 launch it built its own virtual reality space station and gave away 30,000 Samsung Gear VR-esque Loop VR headsets to fans to watch it on. But don't expect much more than that.

"For now we're not going to jump aggressively into VR, because it will take a few years before there is a dominant platform and a way of doing things," Pei admitted.

"There's no doubt that VR will be a huge deal in the future and that's why it was so important for us to be the first to launch ...and sell a product in VR. If not for anything else for the selfish fact that we can claim we were first when this thing really takes off."

Do you think OnePlus is right to keep a focus on a single flagship line, or would you love to see more handsets and new wearables from the fledgling Chinese brand? Let us know your thoughts in the comments below.