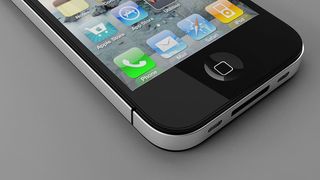 Every morsel of iPhone 5 information is precious, especially when Apple becomes directly involved.

The company filed a complaint with the World Intellectual Property Organization (WIPO) over the URL for iphone5.com, which is currently held by a group that's using it as a message board for discussions about the new iPhone.

Before the iPhone 4S reveal last year, it was generally expected that Apple would in fact announce the iPhone 5.

Instead, the new iPhone 4S was a minimal refinement of the iPhone 4, bringing few improvements besides the addition of Siri, suggesting that the next phone will be a more significant upgrade.

The name of Apple's new iPhone is as secret as every other scrap of information regarding the device, especially since the third iPad release turned out to be called simply the New iPad instead of the expected iPad 3.

But Wedbush analyst Scott Sutherland says that Apple would be wise to continue naming the iPhone family of devices sequentially.

"I think the new iPad has created some confusion with the name," Sutherland told TechRadar in an email, so Apple "may be smart to go to iPhone 5 especially after doing the 4S."

Apple's WIPO filing contains no clear indications that the phone will actually be called iPhone 5, and its attempted acquisition of the domain could simply be intended to prevent confusion.

Previous WIPO complaints enabled Apple to take control of similar web addresses, such as iphone4s.com and even the more specific iphonesex4s.com. So if these past cases are any indication then Apple is likely to come out on top of iphone5.com, as well.

The WIPO Arbitration and Mediation Center handles thousands of domain name disputes every year, and there are laws against "cybersquatting" in many countries, including the US.

Plenty of rumors popped up recently regarding the new iPhone 5 release date, specs and more.

For one thing, the new iPhone could have a new dock connector and a larger, 4-inch display, making it taller but thinner than the iPhone 4S.

Other rumors point to a liquid metal casing on the new iPhone's back, making it stronger, thinner and lighter than older iPhones.

Still more speculation claims that the new iPhone will utilize in-cell touch panel technology, which would also provide for a slimmer design.

Whispers of a June release have been circulating for some time, though Sutherland thinks recent events point toward a fall iPhone 5 release date.