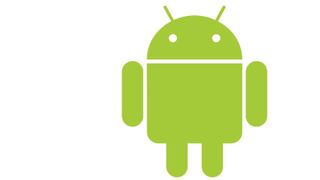 In just four short years, Android has become the world's biggest smartphone OS with Google's behemoth currently holding 75 per cent of the market.

It's no surprise that Symbian has been the biggest loser over the past twelve months (down 77.3 per cent) given that Nokia is winding up the OS and moving its efforts on to Windows Phone. Android and its army of budget handsets have mopped up a lot of these users.

Microsoft's OS is up 140 per cent but still only holds a 2 per cent share of smartphones (and a handful of these will still be Windows Mobile devices, can you believe it).

After Symbian, BlackBerry OS is the share-shedder to beat; its share of users fell by 34.7 per cent across the year, although it is still the third-biggest OS with 4.3 per cent of the Q3 2012 market.

Android and iOS are nigh-on uncatchable now; iOS holds a 14.9 per cent share of the market, even with it's often-eyewatering pricetags. The two warring OSes hold 90 per cent of smartphone users.

These figures come from IDC, which tracks the smartphone market quarterly - the company stresses that these are early figures but won't be too far off the mark.

With the alluring specs of the Google Nexus 4 coming in at way under any other top-end smartphone, cost-wise, we wouldn't be surprised to see Google increase its lead even further over the next year.