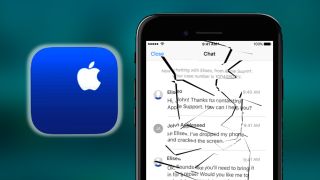 Did your shiny new iPhone 7 meet an unfortunate encounter with the sidewalk? Having issues getting your Macbook Air to boot? Forgot how to reset your iPad Air 2's password?

Accessing Apple's customer support is now as quick as ever, as the company launches a dedicated Apple Support app for iPhone, iPad, and iPod.

The app - which requires iOS 9.0 or later - lets users look up troubleshooting articles on the fly, chat with a technician for more pressing issues, and even schedule an appointment with a nearby Apple Store or Apple-sanctioned service provider if things go beyond a DIY repair.

The app also keeps information for multiple devices, making it easier for you (or a customer representative) to diagnose your device without having to guess which generation of MacBook or iPod Touch you're trying to fix.

At the time of writing, the app appears to be available only through the Netherlands region of the App Store.

Given the English description on the page and the fact that the Apple Support app comes in a dozen different languages, it's very likely that it is in the process of rolling out, and could open up to different regions in good time.

Until then, we contacted an Apple representative to learn more about the Apple Support's app plans to go global, and will update this story as more details emerge.