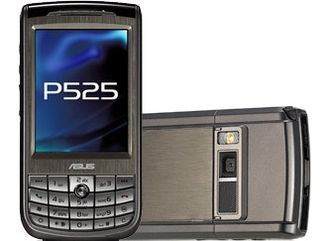 Asustek, the Asian mobile phone manufacturer, wants to get a piece of the touchscreen action in the next year, according to reports.

It first plans to release the strangely-named Glaxy 7 unto the world, which uses its recently-developed Glide UI and a 5MP camera to boot, with a 3.5-inch screen.

The Glaxy also totes Wi-Fi, 3.5G HSDPA and aGPS functions, which may make some of you think: 'hey, isn't that a bit like the Samsung Omnia?'

Well, yes, to a degree, and none of the Windows Mobile UI issues to contend with, though probably a bit less polished than something Samsung could come up with.

Just Another Mobile Phone Blog is also citing sources that state Asustek will unveil more touchscreen devices in Q4 to take on the likes of Apple and LG too, though details on what these might be are currently sketchy.

Either way, the more touchscreens out there the better, as it helps consumers decide what REALLY makes a good touchy-feely device.