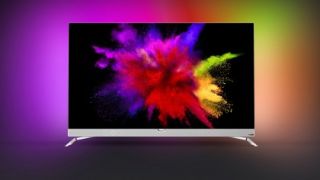 The next generation of television is already making its way to streaming services such as Netflix and Amazon Prime Video, but traditional broadcast television has so far been left out in the cold.

We recently took an in-depth look at the challenges facing the BBC in bringing HDR to broadcast television, but at least one of those challenges has just been overcome with the publication of a new Ultra HD DVB standard.

DVB, or Digital Video Broadcasting, defines a set of open standards which are used across the world to deliver digital television.

Although the publication of this standard is a big step forward, we’ll need to wait for hardware manufacturers to integrate the technology into their receivers and for broadcasters to start broadcasting to actually be able to see the technology in the flesh.

However, according to the DVB’s official press release, this could happen as soon as next year.