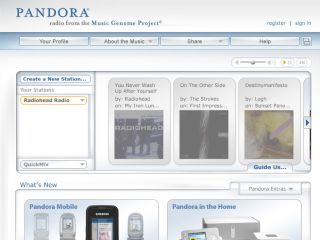 Internet radio station Pandora will stop broadcasting to the UK next week after it failed to secure the rights to music online.

The switch-off, which takes place on Tuesday 15 January, follows a year-long battle with the music business over licensing here and abroad. The issue has arisen because record labels and music publishers levy fees to broadcast music online - fees internet radio stations say they can't afford.

"There may well come a day when we need to make a direct appeal for your support to move for governmental intervention as we have in the US. In the meantime, we have no choice but to turn off service to the UK."