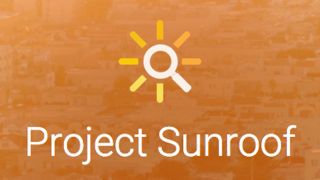 Google's Project Sunroof wants to make the process of getting solar panels on your roof a little less painful. The service utilizes already-collected Google Maps 3D modeling data to get a sense of how much sun your roof gets on a day-to-day basis. A thermal map then coats every roof in view, which aims to accurately show the most sun-soaked part of your roof and also where it might be obstructed by a tree or another nearby object.

Anyone who reads this is free to visit and try out Project Sunroof, but the service, so far, has only compiled solar mapping data for the San Francisco Bay Area, as well as Fresno, California and Boston, Massachusetts.

Let's say that you live in one of those areas. Project Sunroof can currently generate an estimated amount of savings based on the amount of roof room you have available for solar panels and how concentrated the sunlight is at your address. From that point, you can even get as far as finding local solar providers to proceed with the installations.

If you're actually considering getting some solar panels, Google notes that the Project Sunroof technology might yield an estimate that differs from what other providers supply. The reason? Well, weather is a tricky thing to track. But more to the point, Google's estimates make the assumption that its map imagery is up-to-date. The numbers might be way off if you've recently had a tree removed, or if one has grown and now obstructs a part of your roof since the last time Google snapped a shot of your neighborhood.