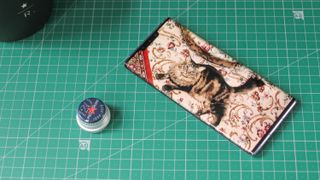 We don’t have concrete answers to any of that yet, but we can speculate, and as news and rumors start to roll in we’ll update you accordingly. The Huawei P40 launch - that's expected early in 2020 - may give us a clearer answer to that question.

In the meantime you’ll also find our wish list below for what we want from the Mate 40 range – it starts with full Android, but there’s plenty more that we’d like to see.

The Huawei Mate 30 and Huawei Mate 30 Pro were announced on September 19, 2019, while the Huawei Mate 20 range landed in October 2018. So as there are no release date rumors yet we can’t narrow down the launch to a specific day or week, but the Mate 40 range is likely to land in September or October of 2020.

However, that’s not necessarily when you’ll be able to buy them. In fact, you might not easily be able to buy them at all, as due to the Huawei ban the availability of the Mate 30 range is unclear at the time of writing – the US won’t be getting them, but even in the likes of the UK and Australia there’s no confirmed availability right now. So this may well be the case for the Huawei Mate 40 range too.

Next to nothing is known about the Huawei Mate 40 and Mate 40 Pro yet, and it’s no wonder, with the phones not likely to launch until late 2020.

We have heard a couple of things though. Firstly, they’re likely to run Android – albeit without Google Play Services, leaving them in a similar situation to the Huawei Mate 30 range.

Huawei has built its own operating system, dubbed HarmonyOS, but has said it isn’t in any hurry to ditch Android for it.

While this is just a rumor for now it’s very believable, as Huawei follows a pattern of debuting new chipsets on the Mate range.

Our wish list for the Huawei Mate 40 doesn’t end at full Android (complete with Google Mobile Services), but it does start there.

Without this, however great the handset is in other ways it will be crippled. So we really hope Huawei can come to an arrangement with the US that allows it to resume using Google’s apps and services.

2. Bring back the volume buttons

The Mate 30 Pro made some daring design choices, including the removal of any physical volume buttons. Instead, you can use gesture controls to adjust the volume, and while these work well when the display is on, they don’t work at all when it’s off.

This is a real annoyance, so for the Huawei Mate 40 range we want either physical volume buttons or for the gesture controls to work when the display is off.

3. The same curves, without the vignetting

This is another problem that only applies to the Huawei Mate 30 Pro, rather than the standard Mate 30, but it has a steeply curved screen that looks great – at least most of the time.

Sadly, those curves also create screen vignetting, which is something we’d like to see fixed for the next models. However, assuming Huawei can do that we’d love those sharp curves to be present on both the Mate 40 and Mate 40 Pro.

While the Huawei Mate 30 and especially the Mate 30 Pro generally look good, they both sport notches, which are looking increasingly dated. So for the Huawei Mate 40 range we want the company to deliver an all-screen design with no notch and ideally no punch-hole either.

While these aren’t bad resolutions, they’re not quite QHD, and many rivals now have QHD+ displays, so we’d like to see a boost to at least 1440 x 2560 on the Huawei Mate 40 range.

The Mate range is in many ways a rival to the Samsung Galaxy Note range – bigger alternatives to each company’s ‘main’ flagship line. However, the Note range additionally stands out through Samsung’s S Pen stylus, which is a key component of each model.

While the Huawei Mate 30 Pro does support Huawei’s M-Pen, it doesn’t come with it, and the functionality is more limited than with Samsung’s S Pen.

So for the Huawei Mate 40 range we want the M-Pen to be a core component. It should ship with the phone, fit into a slot in the phone, and be packed full of features to help you get the most out of that inevitably large screen.

We reckon 2020 could be the year that we start seeing in-screen cameras in phones, and we want the Huawei Mate 40 (or at least the Huawei Mate 40 Pro) to be one of them. Not only would that be an impressive feature in its own right, it would also help get rid of the notch we were lamenting above.