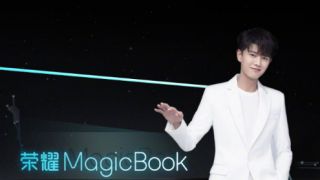 Honor had first teased a video of the upcoming laptop earlier this month, which was taken as a pinch of salt amid April Fool's day jokes. But the company has now confirmed the Magicbook's release alongside the launch of the Honor 10 on its Weibo channel for 19 April.

As per the teaser released on 1 April, the notebook has a slim profile with minimal bezels. The design language was again confirmed from the recently spotted teaser on Weibo.

There is no information about the specifications of the laptop yet, but one of the teasers hints at a lightweight design, efficient cooling tech and promising battery life.

The company has been known for their popular mid-range and entry-level phones and wearables so far. Although their parent company Huawei has been present in the laptop market for sometime now.

Although the demand for laptops has taken a dip, companies still see a huge potential in specific groups. Honor’s entry could be their attempt to target customers looking for a reasonably priced laptop with high-end features and design.

Xiaomi is a good example of a company that has a decent presence and popularity in the laptop segment. Their laptops are not cheap, but they are targeted to offer good value for money.

A solid hardware composition with latest software and quality design at a price cheaper than an Apple or a HP laptop - this has been the formula to Xiaomi’s popularity in Chinese market. Honor may just be taking a page out of the that book too.