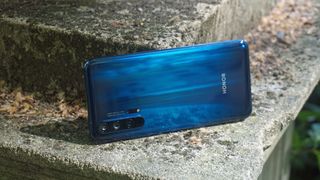 After being announced alongside the Honor 20 in May, the Honor 20 Pro is finally set to be released around the world.

August 2 is the big day that you'll be able to buy the phone in Russia and the UK is set to, according to Honor, "follow closely". There's currently no word on whether it will launch in the US or Australia.

It's unlikely to be available in the US considering the company's previous track record in the country, and the fact its parent company Huawei is currently going through political turmoil there.

The phone is first launching in Russia, but the UK will soon follow, with other countries such as France, Italy, Spain and the UAE. An exact release date has yet to be revealed.

Other countries where the phone is set to be available soon include Finland, Germany, Netherlands, Czech Republic, Poland, Malaysia, Egypt and Saudi Arabia.

We've yet to learn how much the Honor 20 Pro is set to cost in the UK, but we're expecting that's something we'll learn about very soon.

We've extensively used the Honor 20 Pro and our hands on review said it "looks, feels and runs like a premium smartphone, but without the polish or the hype - and, most importantly, without the price tag".

We also said "it's a slick and powerful mid-range smartphone that will give its competitors a run for their money."