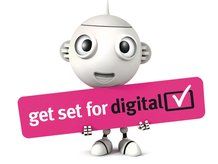 Consumers are confused by what the Digital Tick means

The government's plan to switch off the analogue signal by 2012 may be harder to realise than first thought, due to consumers' lack of understanding about the implications of a digital switchover.

This is highlighted by the fact that, in the first seven months of 2007, almost half of televisions sold were analogue, meaning that they will not receive a digital signal without the aid of a set-top box.

Even MPs have started to pick apart the government's 2012 plan, stating in a parliamentary report that "consumers have not been well-served" by the 'Digital Tick' label scheme, which was put in place to inform consumers whether a TV is ready for the digital switchover.

The report goes on to say that "many sales staff are still not able to explain properly what the logo means".

Further in the report, it states that, out of the £800 million budget put aside for the switchover, £250 million could go unspent, as the number of people taking up the offer of free or subsidised televisions and set-top boxes – those entitled to the scheme are over 75 and those with disabilities – has been lower than expected.