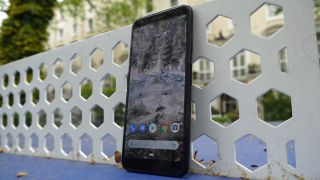 Google surprised everyone in 2019 by releasing the Pixel 3a and 3a XL, affordable versions of the Pixel 3 and 3 XL that brought some of the hardware and software of the premium devices, but offered them at a more appealing price tag. We'd expect the same to be the case in 2020, with anticipated Pixel 4a and 4a XL presenting some of the features of the recent Pixel 4 and 4 XL in a more affordable body.

Leaks have started flowing in since the beginning of 2020, so it looks like a budget Google Pixel 4a could be coming at some point soon - although perhaps it'll come alone, without its XL sibling.

The Pixel 4 and 4 XL were popular devices, but didn't land with quite the fanfare of the Pixel 3 devices, so the upcoming phones could be Google's opportunity to win back buyers who were put off by some of the intriguing design decisions. What do we mean by that? Read on to find out.

Since we're not even in 2020 yet, and the Pixel 4 devices are still fresh in our mind (and hands), it's still early days to try and guess a Pixel 4a release date. However we can take a rough estimate.

The Pixel 3a became available on May 8, a day after its announcement at Google IO 2019, and we can expect this pattern to repeat itself. We don't know when Google IO 2020 is yet, but it'll be roughly the same time of the year.

In terms of how much you'll pay, the Google Pixel 4a price could actually be lower than the Pixel 3a price, at least at launch. We say that because the Pixel 4 cost less than the Pixel 3 (when directly comparing release prices), and we could see that pattern repeat in 2020.

Of course these are both guesses, and when we hear some concrete leaks we'll update this article.

Google Pixel 4a news and leaks

We're going to start with a rumor that might disappoint some of you: word is that Google might not put out a Pixel 4a XL, only focusing on the smaller device. Apparently this is so people looking for a bigger phone stick with the Pixel 4 XL, as supposedly the Pixel 3a XL stole sales from the Pixel 3 XL, however discontinuing a phone because it proved popular seems a questionable business choice.

While this seems a strange choice, we've not been hearing many Pixel 4a XL rumors, so there's a change the phone won't ever exist.

But now on to rumors for the base Google Pixel 4a. We've seen a lot about the design, thanks to an unofficial render of the device as well as a leaked case render for the handset.

If these two leaks are to be believed, the device will have a rear fingerprint scanner as well as a 3.5mm headphone jack, two features missing from the Pixel 4, but it'll take the newer device's square camera bump (despite there only seeming to be one rear snapper).

The biggest change shown in the renders seems to be a 'punch-hole' front-facing camera cut out of the screen, instead of a large bezel like nearly all previous Pixel devices, which makes the handset seem quite distinct.

There's also said to be no Soli chip, which allowed you to navigate the phone hands-free (well, in theory). This was likely dropped to allow the price to get as low as possible.

What we want to see in the Google Pixel 4a

The Google Pixel 4 was an innovative flagship feature, but when it comes to adapting this feature to a budget price tag, there are a few things we'd like it to consider.

1. Bring back the fingerprint scanner

The Google Pixel 4 has no rear-mounted fingerprint scanner like the Pixel 3, not does it have an in-screen one like many premium smartphones around. Instead, it relies on facial recognition unlocking for you to access your phone.

For some, this is a useful feature to help them get into their phone quickly and easily; others find this an unsecured and frustrating experience. For the Pixel 4a, we'd like Google to drop this feature, and instead have a physical or screen-mounted fingerprint sensor.

It's likely Google will make this change, as the tech involved in efficient face unlocking adds quite a bit of price to the phone, so if the company wants to slash the price of the new device, it'd make sense to remove face recognition first.

A recurring problem with Google Pixel smartphones is that their battery lives always leave a lot to be desired, and plummet quicker than competing devices. Saying that, the Pixel 3a solved that problem with a bigger battery capacity and a weaker processor, which meant it drained battery less.

Since most normal people need smartphone batteries that'll last them a day, even in a pinch, the more affordable and accessible Pixel 4a needs a battery that'll last it this long, which means a bigger capacity than the 4 as well as tools in place to keep it going longer, like canny optimizations.

This is bound to be a pretty controversial suggestion, but if Google is looking for features to cut to keep the Pixel 4a price down, we'd argue the 90Hz screen is an unnecessary luxury that could be lost without making the device worse.

While some people really love 90Hz screens in phones like the Pixel 4, as it makes the viewing experience a little smoother, many more people struggle to notice the difference, especially people who aren't huge tech fans who don't know the feature is in place.

That means it's not a vital feature, and when there are aspects of the Pixel 4 that we would like to see in the 4a, we'd say the 90Hz screens are expendable.

The Google Pixel 4 smartphones bumped the number of cameras on Google's devices from one to two, adding a telephoto snapper for optical zoom.

The Pixel 3a devices saw the cameras slightly downgraded from the Pixel 3 line, but that was purely in terms of software post-processing, and the hardware was exactly the same.

A telephoto lens in a camera is really useful, so you can take better pictures of a subject without dropping the quality dramatically, and we'd love to see it kept in the Pixel 4a. We'd be surprised if this wasn't the case, as the telephoto lens really ties the rear design together. And talking of Pixel 4a design...

The Google Pixel 4 smartphones are weird looking devices, there's no getting around that. They're bare on the back except for a pretty sizeable camera bump (no fingerprint sensor, like in previous Pixels), with a glass back but a rubber frame around the edges. Yep, you read that right, rubber in a smartphone!

On the front, there's a notch the likes of which you barely see in modern smartphones, with a sizeable chin at the bottom of the screen. All in all, the Pixel 4 devices are far from 'conventional' Android phones, for better or worse.

Well, we kind of like the design. It's unique, and the Pixel 4 feels distinct in hand when you're using it. We'd like to see the Pixel 4a retain the 'weird' design, especially the rubber frame, as we found it great for protecting the phone.