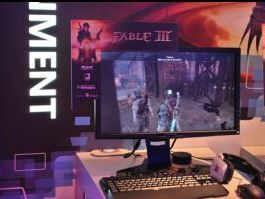 Peter Molyneux has told TechRadar that the long-awaited PC version of Fable 3 is worth the wait, and that he still feels a kinship with PC gaming.

Molyneux, talking to TechRadar as part of Brit Week, is one of gaming's most famous faces, and the Populus creator is now working wonders for Microsoft Gaming Studios and with his studio Lionhead.

Although he is now a major evangelist for Xbox 360 and, recently, the Kinect controller, Molyneux told TechRadar that PC gaming is close to his heart and that the forthcoming Fable 3 offering should be popular with that market.

"With Fable III we tried to make the RPG elements clearer and the story more dramatic," he said.

"The PC version of the game is due out mid-May and I am pleased we have been able to do this version and that we have had the time to adapt it sympathetically, as I still feel a kinship with the PC and mouse gaming."

It's certainly been a bit of a wait for PC gamers, with the Xbox version of Fable 3 arriving back in October last year, but all will be forgiven if the game is strides better than its console brother.