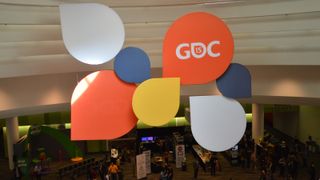 That's a wrap! GDC is over yet again, meaning we've got our top moments from the show floor for you, or should we say, favorites pieces of tech we wish we could have right now.

The conference gave us some great panels once again, and a surprisingly large amount of virtual reality - even more so than last year. There were even some neat little surprises in the form of awesome hardware.

Check out our favorites from this year's shindig below.

"OMG have you used the HTC Vive?" were perhaps the most uttered words we heard at GDC.

"Better than the Oculus Rift," "Best virtual reality experience I've had," were a few more so it's safe to say that the best and most talked about moment from the show was Valve and HTC's joint venture into virtual reality.

It was also probably the best kept secret from the two companies since there weren't too many whispers about HTC's interests in VR and Valve kept denying it was creating its own device.

The Vive is still in the early stages so expect a lot of changes but so far the experience has been nothing short of amazing. It's as if the Vive has combined the graphical feats of the Rift and the peripherals from the Morpheus to create a winning VR HMD.

The final version, which will be on sale by Christmas this year, doesn't have an official price yet but we're guessing north of $300.

Sony was in the same spot Valve was last year with Project Morpheus but that doesn't mean it didn't have tricks of its own this year.

The company threw a special ninja event for select press members to reveal the almost-final build of the Morpheus head mounted display.

Huge improvements were made and have definitely enhanced the headset. It's lighter and even more comfortable than most HMD's out there, and so far has provided a fantastic, immersive and interactive experience. There's even a release date set for next year: early 2016.

So we saw the Steam Machines again in the wild … but the biggest draw for PC gaming in the living came from a little, unassuming device called Steam Link.

Launching alongside the Steam Controller in November and priced at $49 (about £33, AU$64, though no formal international prices have been given), Valve's own PC deity Gabe Newell gave us the details on the streaming box himself.

Apparently it's the cheaper, better option to streaming games from Steam to your television if you don't feel like adding another expensive machine to your crowded shelf. However, you'll still need a PC to stream like a well stocked Steam Machine - or a decent gaming rig.

After the Shield Portable, Shield Tablet and a slew of amazing graphics cards, Nvidia now has a console to add to its repertoire: the Nvidia Shield.

After five years, the team produced a lovely, little, Android TV, high-end gaming console all wrapped in one piece.

Don't be fooled by its pretty face though - it has nice innards too, including a Tegra X1 processor with 256-core Maxwell GPU.

At just $199 (around £130, AU$255, but global prices are yet to be announced), this new Shield paired with Nvidia Grid may just take over the living room.

Next Page GDC 2015: all the latest news and reviews
See more Handhelds news