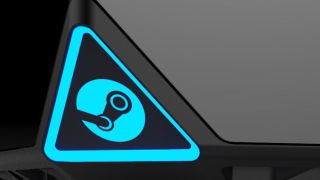 The wait is on

If you were anxiously awaiting the arrival of Steam Machines this year, keep on waiting.

Valve announced in a murky blog post that it's looking at a "release window" of 2015 for Steam Machines, not 2014 as previously announced.

The gaming company said it was prompted to provide the updated release window after receiving questions from the Steam community about "how our in-development Steam Machines are coming along."

However, it's unclear whether the delay affects only Steam Machines being made by Valve or those under construction at 14 partner companies as well. We've asked Valve for clarification and will update this article when we hear back.

While Valve assured it's "just as eager" to get Steam Machines into gamers hands, it's using the old we-want-to-do-it-right line to explain the delay.

Turns out industry experts and gamers of every stripe are live playtesting wireless prototype Steam Controllers, a process that's giving Valve plenty to work with.

"It's generating a ton of useful feedback, and it means we'll be able to make the Controller a lot better," Valve's blog post read. Fixing what's ailing the Steam Controller then appears to be the nexus of the Steam Machine holdup.

For now, it appears the software side of the Steam Box equation, SteamOS, is still on track, but we've asked Valve for confirmation on that, too.