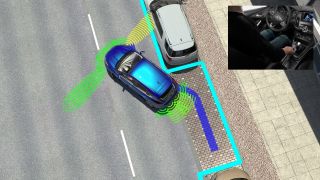 Ford has a fleet of self-driving prototypes whisking around its campus in Michigan, but here's what matters to the masses: driver-assist technologies. These are the whiz-bang inclusions that enable the car to compensate for driver ineptitude (harsh, but true), as well as accidental lapses in attention.

In the next two years, you'll be able to order a Ford with loads of new tech – stuff that'll probably make you queasy when setting up a test drive. It's part of the automaker's promise to triple its investment in developing driver-assist features, no doubt a necessary step in the creation of a fully autonomous vehicle.

Adaptive cruise control, forward collision warning, lane departure warning, rear cross-traffic alert, driver monitoring, adaptive high-beam assist – all stuff you can buy today. Fast forward two years, and you'll find next-gen cross-traffic alert tech that can "detect people and objects about to pass behind the vehicle, provide a warning to the driver, and then automatically brake if the driver does not respond."

We're also promised "systems that steer around vehicles to avoid high-speed collisions, and systems that can warn drivers from traveling the wrong way against traffic."

Oh, and if you're curious why there's such a need to protect us from ourselves, chew on this: Ford had to up its interior storage space to accommodate the screens we can't stop staring at.