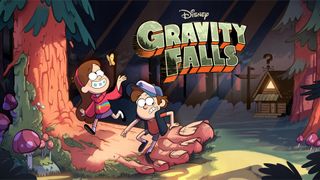 Want to know what's going to be on Disney Plus at launch? Well, you won't need to wait until November 12 to find out, as the official Disney Plus Twitter account is currently posting every Disney Plus TV show and film that will be on the service at launch – or, most of them at least.

You can see a brief video in the post below, which shows off a number of titles at increasing speed, though if you head over to the Disney Plus Twitter you can see everything being posted by the profile.

If you're also curious about the pricing of Disney Plus (we don't blame you) make sure you check out our Disney Plus price guide.

It. Is. Time. From Snow White and the Seven Dwarfs to The Mandalorian, check out basically everything coming to #DisneyPlus in the U.S. on November 12.Pre-order in the U.S. at https://t.co/wJig4STf4P today: https://t.co/tlWvp23gLF pic.twitter.com/0q3PTuaDWTOctober 14, 2019

The account appears to be starting from the oldest content first, and is listing each title with its original TV / cinema release date. What shows and films get you excited will be down to your own tastes, of course, and whether you're keener on older content or the latest Disney blockbusters.

Right now the TechRadar team are particularly excited by the chance to revisit 90s classics like That's So Raven (originally on the Disney Channel) and 10 Things I Hate About You (1999) – or the Gravity Falls animated series shown in the picture above – but there's plenty of other titles across Pixar, Star Wars, Disney, Marvel and National Geographic for both nostalgic and modern titles alike.

The wording is quite careful as "basically everything", and we imagine a curation plan for Disney Plus is ongoing and subject to change. You can see our separate guides to all the Disney Plus Star Wars shows coming at launch and beyond, or when we think the Disney Plus UK launch date might be.