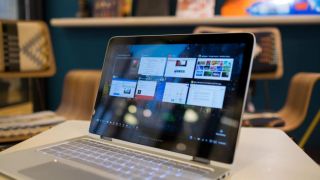 A freshly introduced update for Windows 10 has apparently been causing havoc with some users’ machines, invoking the dreaded blue screen of death (BSOD), and in some cases triggering the even-more-dreaded boot loop (i.e. repeated rebooting).

The problem lies with update KB4041676 for Windows 10 (Creators Update), and is described in this post on Microsoft’s ‘answers’ community message board, where the original poster says: “My computer keeps restarting because windows update won't install KB4041676.”

A further post (from SCCMGuy74) describes the problem with multiple systems: “ALL of the systems running 1703 blue screen upon reboot AFTER applying this patch (KB4041676). The message that comes up is INACCESSIBLE BOOT DEVICE. After that, it reboots automatically, attempts to boot again, and then displays the ‘Automatic Repair’ screen. None of these systems make it past this message.”

Now, this is where it gets thorny, because the Microsoft moderator on the post notes that this is caused by a ‘dual patching disaster’ in enterprise environments. In other words, it’s not the fault of the update itself, but the fact that users have been led to install “both the delta update and the cumulative update which shouldn't have been pushed to WSUS [Windows Server Update Services] last night”.

So, your average home user simply downloading updates from Windows Update shouldn’t be affected by this issue – and yet there are reports on that same thread from such users who claim they have been hit by the problem.

NicDG observes: “I had this issue on my home PC. After Automatic Repair failed, I rebooted and hit F8 to get the boot options menu and booted into safe mode. Windows started to load, then crashed. Rinse and repeat (once, maybe twice). Windows booted properly into safe mode, restarted, finished installing updates, restarted at least once and loaded Windows normally.”

To throw a little more confusion into the pot, Microsoft has highlighted the following known issue with the KB4041676 update: “Systems with support enabled for USB Type-C Connector System Software Interface (UCSI) may experience a blue screen or stop responding with a black screen when a system shutdown is initiated.”

Although user NicDG notes that his PC doesn’t have USB Type-C on board. At any rate, Microsoft has said it’s working on a fix for the USB-C issue, which will be provided in a future update. The workaround for now is to “disable UCSI in the computer system’s BIOS”, although that will fully disable UCSI features across Windows, of course.

While there may not be much of an issue here for the majority of home users, if indeed any, the more cautious out there might want to give this particular update a little breathing room.

These sort of potential problems, of course, are one reason why updates being piped directly and automatically to a Windows 10 PC can be a cause of frustration. Certainly, when it comes to the major updates, we’re never keen to be an early adopter, preferring the strategy of waiting to see what issues crop up (if any) before we take the plunge.