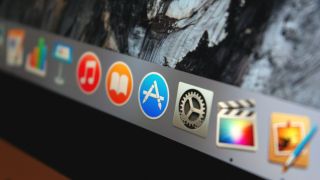 Apple's 2014 5K iMac is still cooling on shelves, but according to one display partner Apple's already preparing to one-up it.

LG Display, Apple's biggest screen supplier, said in a primer concerning the "next-generation of high-resolution 8K" that Apple "will release the 'iMac 8K' with a super-high resolution display later this year."

The Korean company suggests that Apple has already made this announcement, so it's possible that LG jumped the gun on publishing this, that Apple's plans changed, or that LG is just plain wrong.

But the article was published last week, and it still hasn't been altered or amended.

Overall 8K screens are just barely starting to appear, and word is they might arrive in 2016 - unless Apple plans to pull some out of its sleeves this year.

We've asked Apple to clarify why LG seems to think an 8K iMac is coming this year, and we'll update you if we hear back.