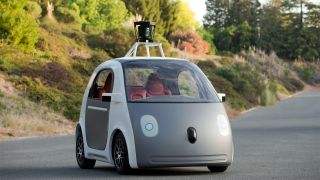 Google is putting its autonomous cars through the virtual wringer, clocking in three million miles of driving in a computer simulator each day, enough distance to circle the equator five times every hour.

The company expounded upon the process in its monthly report for January, explaining that a computer can easily recall millions upon millions of miles, running through them again with updated software or adding new variables without ever having to hit the tarmac.

The simulator also allows engineers to test out changes to the car's driving, like taking turns less sharply or improving merging in three-lane highways.

Additionally, the simulator can predict what would've happened in situations where the driver took over the wheel, improving the program's course-correction - or seeing if the human needed to take over in the first place.

Google estimates that 1,419,672 miles of real-world miles have been driven on autopilot since 2009, which is less than half what its simulated cars cover in a single day.

That said, driving in the real world still presents valuable data for Google. For example, testing in Austin, Texas introduced horizontal traffic lights - a shakeup from Mountain View, Calif.'s vertical lamps, which will assuredly be included into the simulator's regimen.