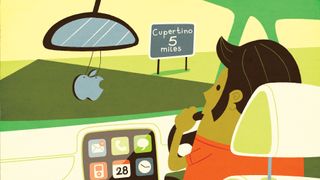 Apple is doing something with cars, and whatever that something is, it's apparently closer to achieving it than some in the auto industry were expecting. The same goes for Google, which has been more forthcoming about its ambitions around cars.

On a recent trip to Silicon Valley, Daimler CEO Dieter Zetsche found that both firms are further along with their automotive projects than he thought.

"Our impression was that these companies can do more and know more than we had previously assumed," Zetsche told German paper Welt am Sonntag (via Reuters). "At the same time they have more respect for our achievements than we thought."

The trip included meeting with around 70 Silicon Valley firms. The purpose of the trip was to see what drives companies, including start-ups, in the car space along with what they are creating as a result.

Zetsche called the talks "concrete." Google is making headway with its self-driving car project, and we expect to hear more about it as well as developments in Android Auto during Google IO 2016.

As for Apple, more mystery surrounds its ambitions. Could Zetsche have seen the fabled Apple Car? A more advanced and feature-full Apple CarPlay? Something else altogether?

If Apple is as far along as Daimler's boss says, then news during WWDC 2016 could be in the offing. But, knowing Apple, in reality it could be a year or more before we finally see what it's been working on.