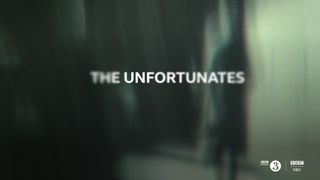 BBC R&D has launched a new interactive radio drama for Amazon Alexa that's different for everyone who hears it.

The Unfortunates is adapted from a BBC Radio 3 play starring Martin Freeman, which was based on an experimental 'book in a box' novel by BS Johnson. The story contained 27 unbound sections, with only the start and end points specified; the rest could be read in any order.

The story, which was originally released in 1969, follows a sports journalist whose memories of a friend are triggered when he is sent to report on a football match, and according to the author, the format is intended to convey "the mind's randomness".

The new radio drama is split into 17 sections, which are shuffled with each listen. As with Johnson's book, only the first and last chapters are fixed in place.

Last year, BBC R&D released its first interactive audio drama for smart speakers: sci-fi story The Inspection Chamber. The production cast the listener in an active role, speaking with other characters as the story progressed.

Afterwards, senior producer and creative technologist Henry Cooke carried out a detailed survey to find out how listeners felt about such productions, and discovered that people fell into two distinct groups.

One set of listeners wanted more interaction, creating an experience more like a game, while the other preferred not to interact with a story once it was in motion. However, even among the latter group, people were interested in a story that could change in interesting ways; they just didn't want to be interacting with it constantly.

While considering that split, Cooke had a conversation with his colleague Tom Armitage, who mentioned Radio 3's adaptation of Johnson's book.

"We dug into it a little more, and found a perfect example of a story we could bring to smart speakers, creating something which would sound and interact like a traditional radio programme but also take advantage of new technology," says Cooke.

The order for the radio adaptation was picked live on a special edition of radio programme The Verb, but after that it was frozen, losing the randomness of the printed version.

"Near the beginning of this year, I collaborated on a quick prototype with BBC R&D alumnus Tom Howe, chopping up the Radio 3 broadcast back up into its parts and building a player for Alexa which shuffled those parts into a new order – essentially, a randomized playlist," says Cooke.

"We then took that version to a meeting with the Radio 3 creative team – producer Mary Peate and writer Graham White – who had no idea what we’d been up to!

"Luckily, they loved what we’d done to their show, and were very supportive of our new version. This meant that the hard work of building out our prototype into a full skill could begin."

Cooke has described the full process of adapting the drama for smart speakers on the BBC R&D blog, including how the team overcame challenges like managing she sheer number of audio assets, controlling the flow of conversation, and creating artwork for Amazon Echo devices with screens (like the Echo Show).

The interactive version of The Unfortunates is free to download. To listen, ask your Alexa device to enable The Unfortunates, find it in the Alexa Skill Store, or get it from the BBC Taster website.