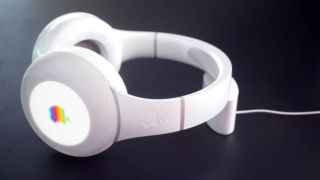 Apple is on the verge of releasing its first-ever wireless over-ear headphones, according to KGI Securities analyst, Ming-Chi Kuo, who correctly predicted the release of the upgraded Apple AirPods and the AirPods Pro in 2019.

A report from Kuo (via 9to5Mac) says that the wireless headphones will launch alongside a number of new products in the first half of 2020.

That means we could see the Apple over-ear headphones at WWDC in June. Saying that, Apple has been known to hold launches far earlier in the year, revealing Apple Arcade and Apple TV Plus in March 2019, as well as the upgraded AirPods. In fact, the company has held March product launches in four of the last five years (2019, 2018, 2016, and 2015), so it wouldn't be out of the question to expect the new headphones in a matter of weeks, rather than months.

Kuo claims that the next few months will see in the anticipated iPhone SE 2, a new iPad Pro and MacBooks with scissor keys, as well as a "smaller wireless charging mat, UWB tag, and a high-end Bluetooth headphone" from Apple.

The UWB tag is something we've been hearing about for a while now, with the supposed upcoming Apple accessory designed to help you "tag your everyday items" and "never lose them again" – putting the company in direct competition with Tile.

These aren't the only new Apple headphones rumored to launch in 2020. The AirPods Pro Lite will apparently be an entry-level version of the noise-cancelling AirPods Pro, and we've recently seen a Federal Communications Commission (FCC) filing that shows a diagram of the upcoming Beats Powerbeats 4. (Spoiler alert: they look a lot like the Powerbeats 3.)

What can we expect from Apple headphones?

Kuo's report doesn't offer any other insight into the rumored Apple headphones, but it's something the respected analyst has been predicting for a long time; in 2018, he  claimed that Apple was working on updated AirPods (which was proven true) and some "own-brand, high-end over-ear headphones with an all-new design".

As wireless headphones, we're expecting to see the same H1 headphone chip that’s built-in to the AirPods (2019) and the PowerBeats Pro. It's designed to improve connectivity and battery life, and allows for a new 'Hey Siri' voice activation feature in the upgraded AirPods – all of which we would like to see in any future Apple over-ear headphones.

In terms of sound, it could be that the new Apple StudioPods take inspiration from the over-ear headphones already offered by Beats like the Beats Solo Pro; arguably the best headphones the brand's offered to date, they offer a more natural soundstage than their bassier predecessors.

If Apple wants its StudioPods to compete with the best over-ear headphones on the market, it should take a leaf out of Sony’s book, and offer the same high-standard of noise cancellation provided by the Sony WH-1000XM3 Wireless Headphones, too.

We'd also like to see an evolution of Apple's classic design with their rumored over-ear headphones, with smooth, clean lines, premium materials, and a minimalist look without lots of bulky hardware ruining the effect.

German tech publication Curved mocked up its own concept illustrations of what the headphones might look like, as seen in the images above.

The illustrations from Curved are based on the look of the Apple HomePod, framed by "the same textile mix as Apple’s smart speaker". They also take inspiration from Beats headphones in terms of their shape and build, but swaps the Beats logo for Apple’s own hallmark – although we're not sure such abundant use of color is likely from the brand that has only ever made white audio accessories so far.