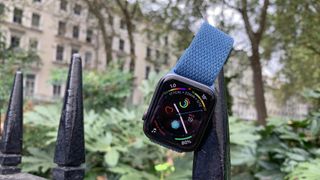 September is the rumored release date for the Apple Watch 5, and it seems the company may be waiting until then to support the Apple Watch 4's ECG monitor in your home country.

Those in the US have been able to use the ECG monitor feature since late in 2018 on the existing smartwatch, but due to regulation issues in other regions it's currently restricted to just America.

Famed Apple analyst Ming Chi Kuo has shared his latest predictions in an investor's note, and while the Apple Watch is mentioned it only refers to a slightly refined ceramic design and ECG coming to more markets.

Kuo often has good insight on new features coming to Apple products, but here it seems he's predicting a much more iterative update to the wearable.

Apple has been having issues getting health regulatory bodies to support the ECG monitor on the Apple Watch 4, and so far the company has yet to reveal when it'll be coming to other markets so a September launch is possible.

We do know Apple is seeking that support from regulatory bodies, but it may be we have to wait until the next generation of smartwatch to find out. All of that said, we haven't had anything official from Apple so it may be the company is able to adopt support for the feature at any moment.

Not much is known about the Apple Watch 5, but Kuo's note says there will be a "new ceramic casing design" for at least one model.

A new rumor, again from Kuo's report, suggests Apple may be set to support two-way wireless charging on the iPhone 11 family. If that's the case, it may be you're able to charge your Apple Watch using your smartphone when you're low on battery.