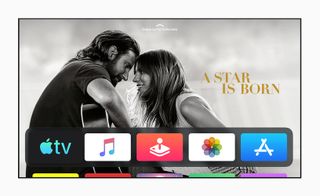 Picture-in-picture mode is coming to the Apple TV, the latest tvOS 13 beta has revealed. If you're got the early release software installed, you can watch a video in the corner of the screen while continuing to browse other apps and menus.

For now, PiP is limited to the Apple TV app, but presumably it'll roll out to the likes of Netflix and Hulu eventually. You should be able to play a game while binge-watching your favorite show, or even watch two sporting events at the same time.

Picture-in-picture is a common feature on TVs and indeed iPhones and iPads, so it makes sense for the Apple TV to offer it. As this is beta software though, there's always the chance the feature could get pulled before it reaches the masses.

If you're wondering why you're not seeing the feature on your own Apple box, the tvOS 13 beta is only available to those with registered developer accounts at this stage. A public beta is expected to arrive next month.

More updates on the way

At WWDC 2019, Apple unveiled a whole host of updates coming to its software, including tvOS. PiP wasn't specifically mentioned, but Apple always adds a few new unannounced features as the betas progress.

tvOS 13 is also bringing with it a redesigned home screen that shows video previews as you browse, as well as multi-user support so your recommendations don't get messed up by whatever it is the kids are watching.

Some new 'Under the Sea' screensavers are on the way as well, made in partnership with the BBC. If you don't want to dip into the public beta, the next version of tvOS should roll out automatically to Apple TVs in September 2019.

There could well be more changes to the software between then and now, as well as some more tweaks to how picture-in-picture works – we'll keep you posted.