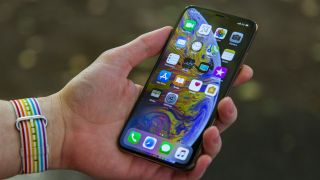 Last week, it was discovered that iPhone users would lose Battery Health functionality when replacing their battery via a third-party service, leaving them unable to see diagnostics on how the battery is performing day-to-day and more broadly.

iPhone users who have had the batteries on their devices replaced by third parties were receiving the following blatant error message, even if a genuine battery was installed: ”Unable to verify this iPhone has a genuine Apple battery. Health information not available for this battery”.

Apple has now responded to criticism that the message is purely designed to direct customers to its own, typically more expensive, replacement program by claiming that it’s a matter of user safety.

Speaking to The Verge, an Apple spokesperson said, “This information is there to help protect our customers from damaged, poor quality, or used batteries which can lead to safety or performance issues. This notification does not impact the customer’s ability to use the phone after an unauthorized repair.”

It could be reasonably argued that the inability to view the health, performance, and life expectancy of a battery does impact the customer’s ability to use the phone to its full extent.

As for Apple’s case, however, it could also be argued that the company can’t guarantee that the diagnostic data it’s displaying is accurate when the replacement has been undertaken by a third party, even if the battery itself is authentic.

The legal implications for Apple if it were to display the diagnostic data from batteries replaced by a third party are unclear and would, likely, vary from region to region.

Last year, in Australia, Apple was fined AU$9 million by the country’s consumer watchdog after it told customers they weren’t entitled to repair or refund for their bricked iOS devices due to them having undergone third-party repairs.

The court found that “the mere fact that an iPhone or iPad had been repaired by someone other than Apple did not, and could not, result in the consumer guarantees ceasing to apply, or the consumer’s right to a remedy being extinguished”.

At the end of 2017, Apple also began to offer cheaper battery replacements for older iPhones due to a controversy dubbed BatteryGate.

Essentially, the more recent versions of iOS would throttle the CPU on older iPhones in order to maintain reasonable battery life, but Apple didn’t make this clear enough to users. It’s one of the main reasons the tech giant first implemented the Battery Health feature in iOS 12.

As for the current controversy, Apple has told The Verge that users who are getting the ‘unauthorized’ warning message but believe that their battery is in fact authorized should take their device back to the service that replaced it in order to verify it.

This should re-enable the Battery Health functionality, but for those that have had their battery replaced by a third-party business, Apple currently isn’t offering a solution.