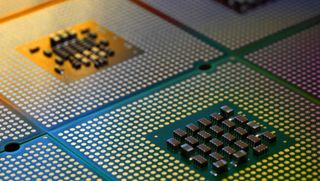 Thanks to the launch of the AMD Ryzen 3000 line up of processors, AMD is beating Intel on performance, power and price for the first time in 20 years.

While Intel has enjoyed an easy dominance in the processor market for a while now, AMD’s latest chips will surely give its rival cause for concern.

While AMD has always been highly competitive on price, this is the first time in two decades that the company has also managed to beat Intel on performance and power consumption as well. Reviews from various publications (including our own) all appear to agree that AMD’s Ryzen 3000 processors provide a real threat to Intel.

We’re now at a point where if you’re looking at a specific Intel processor, if it has an AMD alternative, AMD’s chip will be more powerful, more power efficient and cheaper. Intel should be very worried.

It looks like AMD could start gaining market share thanks to its new CPU and GPU releases, with MarketWatch reporting that AMD’s shares are up 2.1%, and that this should produce “solid” June-quarter results and a “strong outlook for the September period”.

This should lead to increasing market-share gains for AMD. While its competitors (Intel on the CPU front, Nvidia when it comes to GPUs) still have a clear market dominance (especially when it comes to gaming PCs, as a recent Steam survey found), AMD’s results are definitely moving the company in the right direction.

The future fight between Intel, Nvidia and AMD is certainly heating up – and very exciting to see.