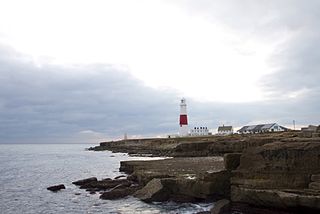 Whatever subject you shoot, capturing detail is fundamental. And bracketing your exposures is one of the best and easiest ways to ensure you can produce images with a high dynamic range and bags of detail. A staple on lists of photography tips all over the internet, getting in the routine of bracketing photos will put you in good position for making images of the highest quality.

Below we've answered some of the most common questions about bracketing, as well as explained step-by-step how to bracket exposures and explained the principles of dynamic range and exposure blending.

Bracketing - that's when you take multiple pictures that are slightly brighter and slightly darker than a normal shot, isn't it?

Yes, that's right. Bracketing involves taking a sequence of pictures of the same scene at a range of exposure settings. There are two reasons you might want to do this; as a safety net to ensure you get at least one well-exposed picture of the scene (as camera exposure meters don't always get it right first time), or to give you a range of exposures that you can blend together later in software.

Why would I want to spend time blending images together? That sounds like far too much hassle!

The digital sensors in today's cameras have a limited 'dynamic range'. This means that they are only capable of capturing fine detail within a certain range of brightness levels.

The exposure that's set at the time of shooting forms the mid-point of this range, and the camera can record detail either side of this, in areas that are slightly brighter or darker than this 'middle' setting.

The contrast - or the difference between the darkest and brightest parts - of a scene will often fall within the camera sensor's dynamic range, which means you can record detail in all areas in a single shot.

However, high-contrast scenes may exceed the camera's dynamic range, so you may end up with a picture that holds no detail in shady areas or bright areas - or either.

For example, when you photograph a dark building backlit against a very bright sky the difference in brightness between the deepest shadows on the building to the brightest highlights in the sky may be 12 stops.

This is likely to exceed your camera's dynamic range, so it won't be able to record detail in all of the areas of the picture in one attempt.

As a result, you may find that you end up with a picture where the shadows are actually too bright, or the highlights are too dark. This will depend on the 'middle' exposure setting that's selected by you, or automatically by the camera.

The well-exposed parts of each of your sequence of shots can then be combined in Photoshop or similar software to create a high dynamic range (HDR) image.

OK, so what's the best way to go about bracketing a shot?

If you're working in the first two modes, you can simply take your shot as normal, then use your camera's Exposure Compensation function (press and hold the '+/-' button) to take another shot that's brighter (by dialling in a '+' value) and one that's darker (by dialling in a '-' value).

The amount of compensation you need to dial in will depend on the scene and lighting conditions, and of course the final effect that you're trying to achieve. Try 2/3 or one stop either way to begin with.

In Manual mode, you can just adjust either the aperture or the shutter speed in order to give you a brighter or darker image.

So, if I use automatic bracketing the camera will do this for me?

It will, although you'll need to tell it how much you want to bracket a shot. Your DSLR's Auto Exposure Bracketing (AEB) function can be found in the camera's shooting menu.

This lets you dial in the strength of the bracketing, which is usually up to three stops brighter or darker than the set exposure, in 1/3 stop increments.

With AEB activated and your camera's drive mode set to continuous shooting, the camera will automatically capture three or more different exposures when you hold down the shutter release.

Are there any situations where Auto Exposure Bracketing won't work?

Yes there are. AEB might not be an option when you're photographing fast-moving subjects, such as motor racing or flying birds. There might only be one frame that captures the peak of the action, and this might not correspond with what you consider the 'best' bracketed exposure.

You also need to be aware of any moving elements in a scene if you're planning on taking a range of exposures to blend together later in software, because this can make it a little trickier to blend the shots.

Likewise, you need to avoid changing the aperture if you're planning on combining frames, because this will change the depth of field (how much of the picture appears in sharp focus).

Finally, always make sure you use the camera in Aperture Priority mode when you activate Auto Exposure Bracketing, because this lets you lock the aperture value in.