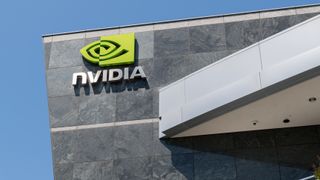 Nvidia has released a security update for its GeForce Experience app, which should patch a severe vulnerability that was recently discovered.

The flaw allowed malicious attackers to launch a denial of service (DoS) state on the host PC, or escalate privileges on vulnerable PCs – potentially giving them control over the PC.

While this security vulnerability needs the attacker to have physical access to the PC (rather than being able to attack the PC remotely over the internet), it was considered a big enough threat by Nivida to patch the issue as soon as possible.

Also, as Bleeping Computer reports, the vulnerability could be abused using malicious tools that can be installed remotely on vulnerable systems, effectively giving attackers local control.

Worst of all, attacks that use the vulnerability are apparently of low complexity, only need low privileges, and need no user interaction, according to Nvidia.

Anyone running Nvidia GeForce Experience, the app by Nvidia for updating graphics drivers and tweaking game graphical settings, with a version earlier than 3.20.2 should make sure they update to the latest version right now.

Unfortunately for Nvidia, this isn’t the first time its GeForce Experience app has been found to contain security vulnerabilities, with high severity flaws found in May and November 2019.

GeForce Experience isn’t too popular among PC gamers as it is, so many will not be pleased to find that it has once again made their PCs vulnerable to attacks.