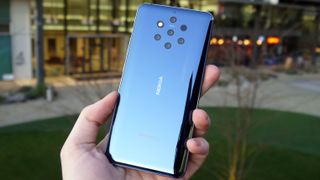 Samsung, Huawei and Motorola are all experimenting with foldable phone technology alongside some other manufacturers, and the latest rumor suggests the next to join the fray may be Nokia.

Nokia, a brand now owned by HMD Global, is said to be working on its first foldable phone at the moment, with a source claiming that Nokia may be ready to debut the device toward the end of the year or in 2021.

The leak comes from Nokiamob, which isn’t a leaker we’ve seen before, but the website claims to have a reliable source and it specializes in all things Nokia, lending credence to the leak.

Exactly what sort of foldable device the company may be working on is unclear. The major manufacturers making bendy phones have all chosen different designs, so it may be Nokia opts for a totally new look as well.

So far though, since HMD Global took over manufacturing under the Nokia brand name the company hasn't made any major moves in terms of introducing new form factors.

The same website is also reporting that we're set to see four new devices ahead of that foldable, and they may launch as soon as MWC 2020 in late February.

Those are expected to include the Nokia 8.2 5G, which would be the company's first next-gen internet device, as well as the Nokia 5.2 and Nokia 1.3.

The leak also refers to a device that is part of the "Nokia Original Series". We haven't heard that terminology before, but it may mean a reworking of a classic handset in a similar way to how the company revamped the Nokia 3310 previously.

We should learn more directly from HMD Global at the end of February, when it's expected the company will be debuting new devices at Mobile World Congress in Barcelona.