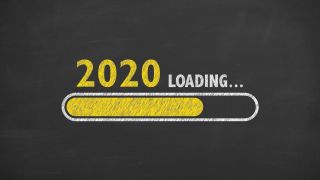 It’s time I kicked my Chrome and Windows habit. Now, I know that in the past I’ve moaned about Windows, and I’ve vowed before to stop using Chrome due to its RAM gobbling tendencies, but the problem is I’m just too lazy.

All my PCs run Windows 10, most new laptops I’ll get will come with it preinstalled, and I know that my games will (mostly) run fine. It’s easy to stick with Windows, but it means I’m continuing to have to put up with its crap.

Microsoft is still pushing out buggy updates, and my PC at home refuses to install an update because I seem to have some sort of Virtual Machine software installed. The update keeps telling me it can’t install without removing the software first, but I can’t for the life of me find the software in question.

So, every few hours or so, Windows 10 tries (and fails) to update, then bugs me about uninstalling some random software I’m not entirely convinced is still installed. Frankly, I’ve had enough.

It’s the same sorry story with Chrome. The amount of RAM it consumes on my devices, along with the wonky stability, has become a complete pain in the unmentionables.

Yet, despite my moaning, both in real life and on this website (and occasionally at the same time, much to my co-workers’ annoyances), I still use it. Because I’m lazy.

Chrome has all my bookmarks. My passwords. My extensions. It’s installed on all my devices, including tablets and smartphones. It’s too easy to just keep on using it.

But I shouldn’t. Not when there are so many better alternatives out there.

So here’s my New Year’s resolution: I’m going to stop using the software that keeps letting me down.

When it comes to dropping Windows, I’ve got plenty of choice when it comes to Linux. There are some brilliant distros out there that offer polished and well supported operating systems. During my time at Linux Format (a fine magazine that you should all be reading), I grew particularly fond of elementary OS, a stylish disto that is easy to use, and being based on Debian, has got excellent app support – including Steam.

As for games – while native support in Linux still isn’t great, things like Proton, which is a tool created by Valve, let you run Windows games in Linux via emulation. Now, that might have an impact on performance, but seeing as I’m currently running a super-powerful PC that can run the likes of Red Dead Redemption 2 at 8K resolution, I could simply brute-force those games to run.

And when I need to upgrade my laptop, the 16-inch MacBook Pro has really stolen my heart. If I go for that, hey presto: my Windows dependency is severed.

As for ditching Chrome, there are enough alternatives out there all vying to win over disillusioned Chrome users. The easiest thing to do (remember, I am lazy) would be to switch to Microsoft’s new Edge browser. It’s based on the same Chromium engine as Chrome, which means my settings can be easily ported over, and most of the extensions I’ve come to rely on will work as well. Crucially, it seems to be less of a memory hog than Chrome.

Going with Microsoft’s browser doesn’t mean I can’t ditch Windows, either, as the new version of Edge is coming to a range of platforms – including Linux.

But sticking with a Microsoft app built on Google tech in a way feels like a half measure. To really be rid of them both, maybe I should turn to Firefox. It used to be my daily browser before i found it getting too bloated, and switched to Chrome (oh, the irony).

These days, it’s looking much better, with some excellent new features being added regularly.

No matter what browser and operating system I do choose, however, I’ll be making sure that I’m no longer putting up with tech that frustrates me – and it’s a New Year’s resolution many of us should be considering.