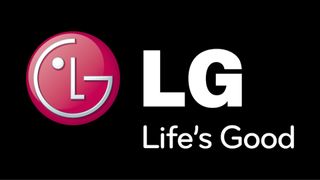 Update: ZTE has now confirmed that it will still be exhibiting at MWC 2020, but it won't be hosting a press conference. The company also says it will be unveiling new devices at the show, including a new 5G phone that will be part of the ZTE Axon range.

LG Electronics has officially pulled out of MWC 2020, citing safety concerns around the coronavirus outbreak as it spreads beyond Chinese borders.

"With the safety of its employees and general public foremost in mind, LG has decided to withdraw from exhibiting and participating in MWC 2020 later this month in Barcelona, Spain," the company said in a  statement. "This decision will prevent needlessly exposing hundreds of LG employees to international travel, which most health experts have advised."

Instead of revealing its latest handsets at Mobile World Congress, LG will hold separate events "in the near future" to announce its lineup of 2020 phones and mobile products.

Hours before, ZTE had announced it would be pulling out of MWC and canceling its press conference, partially due to travel and visa issues but also over concerns of the coronavirus, including the mild xenophobia that comes with the China-originated disease, a spokesperson told The Verge.

MWC: LG and ZTE out, Huawei and Qualcomm reportedly still in

Before LG and ZTE's actions, GSMA, the organization behind MWC, released a statement maintaining that the coronavirus has had "minimal impact on the event thus far." Huawei and Qualcomm still plan on attending, according to CNET's Shara Tibken.

#MWC2020, the world's biggest mobile tech show, may have attendance problems later this month because of coronavirus. @LGUS has pulled out, via @lynnlaaa. @Huawei, @Qualcomm tell me they're still on track to attend as normal https://t.co/47WQ3SktOUFebruary 4, 2020

GSMA's statement mentions the additional hygiene measures the organization has taken to mitigate the spread of the virus, including increased disinfection, onsite medical support, and providing more sanitizing and disinfecting products on site.

We'll be bringing you all the news and rumors about new phone launches in the run-up to MWC, including the latest on the impact of the coronavirus outbreak on the show, so stay tuned.