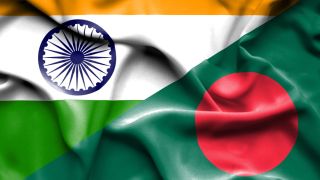 Bangladesh's tour of India has been an entertaining one so far, kicking off with  an engrossing opening T20 series which saw the hosts perform a comeback to win 2-1 and then a huge victory on the first Test. The attention is all on the red ball game and the 2nd Test in Kolkata. You can see all the action, no matter where you are in the world, by following our India vs Bangladesh Test series live stream guide.

India vs Bangladesh - where and when

The dates, times and venues for the two-test series are as follows:

Each match starts at 9.30am local time. So that's an early 4am GMT start for folk tuning in from the UK.

India are in vintage form across all formats of cricket right now, and seem deadly focused on the new Test Championship. They'll be hoping to follow up two wins over the West Indies and a trio of victories over South Africa.

With Virat Kohli's men all set to field a strong line up, they'll be expected to maintain their run against Bangladesh.

The Tigers gave a good account of themselves in the T20 series, but are clearly missing the presence of their banned star all-rounder Shakib Al Hasan.

Follow the instructions below to watch all of the coverage of the Test series. We'll tell you how to grab an India vs Bangladesh live stream from pretty much anywhere on Earth.

Live stream India vs Bangladesh from outside your country

In India, the UK, Australia or New Zealand and looking to find out how to watch the Test matches between India vs Bangladesh? We've got all the details about the broadcaster with the rights to show the series in your region below.

Once you've installed your VPN of choice, simply open the service's corresponding app, hit 'choose location', select the appropriate country and you'll be able to watch the broadcast as if you were back at home. It's really easy to do.

How to watch the Test series in India

Star India and, in particular, Star Sports 1 is the official broadcaster of the Test series on TV.

And it's not just cricket that Hotstar has on show, the above subscription also gets you access to hit US TV shows with Game of Thrones among the ones you can watch.

Play is set to start each day at 9.30am New Dehli time.

How stream India vs Bangladesh live in the UK

You need to have Sky TV in order to watch the games in the UK, but they're not on the traditional Sky Sports channels. Instead, Indian broadcaster Star has the rights and will be showing it from 3.50am GMT on the Star Gold channel, which is available on any standard plan.

For cricket fans in Australia looking to watch the action from the sub-continent  Fox Sports and the Kayo Sports streaming service will be on hand with live coverage of India vs Bangladesh, with the coverage starting at 2.50pm AEDT each day.

Sky has snapped up exclusive rights to show India's matches against Bangladesh in NZ.

Coverage of the Test series is due to start each day at 4.50pm NZST in the afternoon.