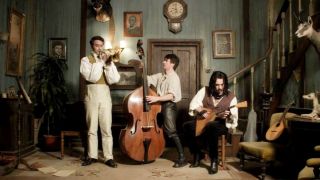 Amazon Prime may be best known for its original TV series these days, including Good Omens and The Tick, but it also adds a huge selection of new movies each and every week to suit a wide range of tastes.

Although Amazon Prime's top rival Netflix also focuses on original content and new movies, Amazon does a good job of keeping its movie streaming catalogue loaded up with classics, fun action flicks and some award-winning films too.

The problem is you often have to go hunting for the best options, as they don't always show up straight away in Amazon's Recently Added Movies section.

Having said that, there are also lots of films in Amazon's library that are boring, mediocre and really, really rubbish. The cream is there, but there's a lot to dig through first.

That’s why we've done all the hard work for you. We've scoured all of the movies on offer for anything and everything that's worth watching on Amazon Prime.

We've collected together more than 100 movies that you can stream on Amazon Video (that’s the movies and TV streaming section of Amazon Prime) for free right now. Expect a mixture of recent releases and timeless classics, as well as films that are suitable for the whole family.

We all know that streaming services like Netflix and Amazon Prime Video can turn an occasional movie-watching hobby into hours (and hours and hours) of endlessly flicking through film options. It's also worth bearing in mind that for every award-winning work of art on Amazon Video, there's lots of B-movie trash that isn't even worth putting on to ease away a Sunday morning hangover.

Although we do love the odd guilty pleasure now and again, in this list we’ve created you'll only find the best picks. So let's dive straight in.